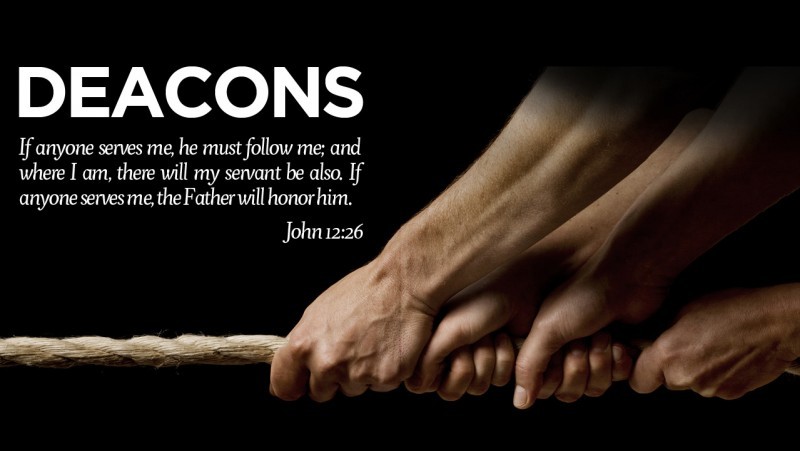 We’re pleased to announced that the church nominated three new deacons to serve for the next three years. They will begin serving in September 2019 and will serve until 2022. This of course all depends on the church’s final approval which will take place some time in August at a called Sunday morning business session where we will also approve the new officers and teachers list for 2019-2020.

The three new deacons are Herman Fullbright and Rom Roberts who return to service after a year off. They are respected, wise, godly men who have served faithfully and sacrificially in the past. We praise God for their service and leadership. They are often actively visiting people who are sick and attending funerals when someone in our church passes or loses a loved one.

This year we also will ordain a new deacon. Philip Tallent will also begin service as a first-time deacon. He humbly accepted the position overwhelmed by the trust church members placed in him by nominating him. The ordination will take place on a Sunday night in August in our sanctuary.